The aggregates are classified based on shape, size, density, Geographical Origin. We have discussed the same in detail on the classification of aggregates. Based on their transportation and origin, they are classified as transported soil and residual soil.

What is transported soil and residual soil?

The deposited soil transported from one place to another place by the natural forces wind, water & glaciers is called transported soil.

The soil which is deposited in its original parent rock is called residual soil.

The following types are the possibility of soil transportation!.

You may often see in hill areas; the soil falls on the road path from adjacent rocks!. It happens due to the gravitational force. That soil contains different size & shape of grain particles. The transportation is very less because there are no external forces to move the soil in long.

The soil transported by the gravitational force is called colluvial soil.

Major soil transportation happened with the water flow only. Both coarse and fine soil particles transported by the streaming of water.

The water flows over the surface of mountains and erodes the rock. The amount of soil transportation depends on the velocity of water flow.

The large size of glaciers is melting due to global warming. It becomes a high-velocity flow of water which contains a different size & shape of soil particles. 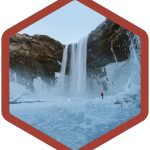 The aeolian soil has been classified as two types.

Dune – In waterless areas like desert zones, the soil is deposited in the form of dune by the substantial wind force. Dunes seem to like coarse sand having uniform shape & sizes. The bearing capacity of dune soil is low.

The possibilities are endless. Transported soil can be subjected to one or more of the above transportation.

Difference between Compaction and Consolidation

14 Properties of Aggregates and Its Importance!