We know there are two concrete strength testing methods, such as destructive test method and Non-destructive method.

We use both methods to check the compressive strength and characteristic strength of concrete.

But both test methods can be applied to concrete cubes only after 28 days because the concrete requires proper curing to gradually attain its ultimate strength, as mentioned in the table below.

What is Accelerated Curing Test?

Usually, the concrete specimen shall be tested after completion of 28 days of concrete curing activity. The accelerated curing test is a method of curing concrete specimens to attain its yield strength quickly. So, we can know the 28 days of compressive strength of concrete within a day.

Why do we need it?

How do you accelerate the curing of concrete?

The acceleration concrete curing can be done by following methods,

We discuss the boiling water method, which is mostly used as an accelerated curing method.

IS code for Accelerated Curing Tank

The specification of the accelerated curing tank has been mentioned in IS code 9013. The curing tank should be made of corrosion-resistant material. The internal size of the curing tank should be accommodating the concrete specimens with sufficient water for immersing. The temperature of curing water should be controllable. 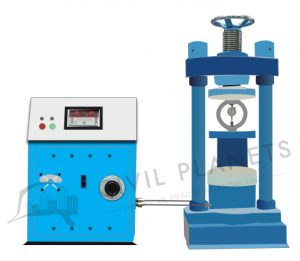