Have you seen wet clay soil where the water evaporates quickly and then makes the soil surface look like below? What is shrinkage in concrete?

Like in the clay soil, concrete also changes in volume after evaporation of water and makes cracks. How much does a concrete slab shrinkage?

As per the research, usually, the concrete slab can shrink as much as 12.7 mm per 100 feet.

A single most important influencing factor is water apart from the below,

This is the reason why we insisted on wet the shuttering area by water on-site to cool it. 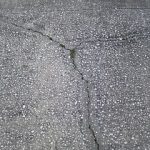 Drying Shrinkage – The drying shrinkage is a continual process and happens in hardened cement concrete surfaces due to the evaporation of water molecules at the final setting time of concrete.

Autogenous Shrinkage – The impact of autogenous shrinkage is very minimal because it happened on the concrete surface due to the non-movement of water molecules in concrete. It develops a minor magnitude of shrinkage in concrete. 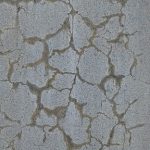 Carbonation Shrinkage – Mostly carbonation shrinkage will happen at the mid-level temperature. The carbon dioxide makes chemical reactions with a water content of hydration cement concrete. Then the carbonation penetrates the concrete and develops cracks in the concrete surface.

Prevention of shrinkage in concrete

How to Calculate Staircase Concrete Quantity?